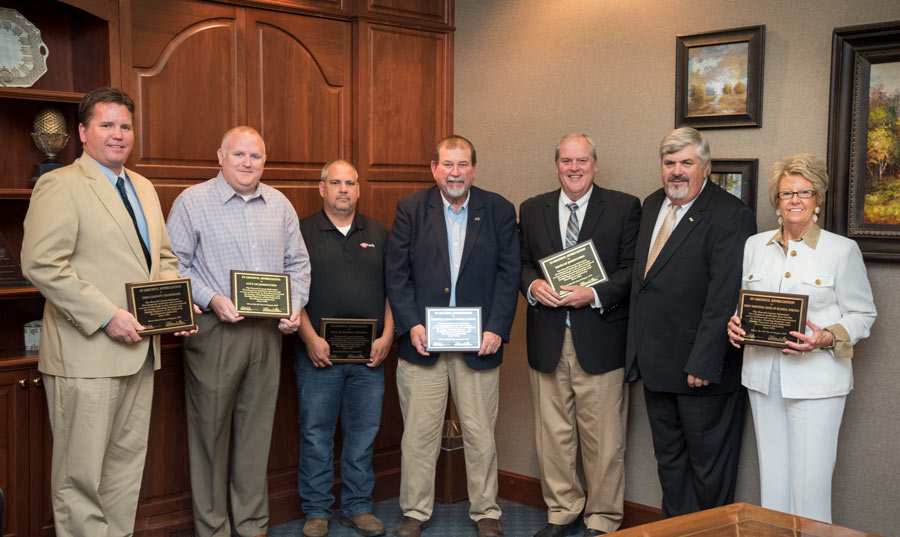 The Russell County Industrial Development Authority gave special recognition to six founding organizations whose support has been vital to the success of the RCIDA. Plaques of appreciation were presented to representatives of the City of Russell Springs, the City of Jamestown, Russell County government, the Bank of Jamestown, First National Bank of Russell Springs, and Duo County Telephone Cooperative.

The Resolution of Appreciation to Founding Organizations was read into the August 28, 2017 minutes for a permanent record of the Board of Director's appreciation.

The resolution also cited a few highlights of the RCIDA's 26-year history, including the creation of two industrial parks and the location of over five industries that are now employing more than 700 residents.